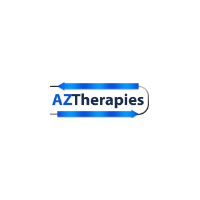 AZTherapies, Inc. recently received approval from the FDA for the Phase 3 clinical trials of its new treatment for Alzheimer’s – ALZT-OP1. The treatment is quite simple, consisting in the application of two small molecule drugs designed to block the main triggers of dementia associated with the disease.

In a recent interview, founder and Chairman David R. Elmaleh of AZTherapies explained that the drug’s effectiveness lies in attacking the two action mechanisms, which cause the disease to progress.

Overall, the company is “trying to change the path of a disease in trying to allow people to live another few more years in a normal life.” Considering Alzheimer’s is expected to triple in terms of occurrences by 2050, resulting in a yearly cost exceeding the trillion-dollar mark, the disease has the potential to affect the US and global economy as a whole. Hence, apart from developing a new treatment, AZTherapies’ CEO believes the problem presented by Alzheimer’s deserves far more attention in order to reduce its impact in the long-term.

On top of commencing Phase 3 clinical trials for ALZT-OP1, the biotechnology company is also working on a stroke treatment. There are currently 500 subjects participating in a pivotal study Phase 2, which is set to finalize by the end of 2017. According to Elmaleh, the conclusion of the study will mark another milestone for AZTherapies.

Disclosures: The author, Pablo Erbar, holds no interest in any of the securities or entities mentioned above. He has not received compensation for this article, other than from Small Cap Nation. The statements above do not constitute recommendations. The article has been based on publicly available information, and seeks to be unbiased and non-promotional.